Get the latest news about payroll, workers’ compensation, HR, risk, and business consulting services designed to help you and your business prosper. 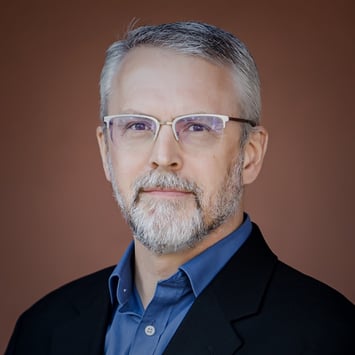 "I’d like to personally thank BBSI [Bend] and the hiring panel, which included City of Redmond Mayor George Endicott, Executive Committee members from the REDI Board of Directors, and EDCO Staff for the time they dedicated to filling this important position,” said Alison Huycke, REDI Board President.

Redmond Economic Development, Inc. (REDI) is a private, non-profit corporation established in 1987 as a partnership between private business and the public sector to encourage economic development in the City of Redmond, Oregon. REDI’s Mission is to create prosperity through community and business development.

As REDI Director, Steve will be responsible for business recruitment, retention and expansion programs as well as initiatives that influence the growth of the economy via local business support.

Previously, Steve has served on the EDCO Board of Directors, Deschutes County Fair Board, U.S. Bank – Central & Eastern Oregon Region Advisory Board, Bend Economic Development Advisory Board, and the Boards of Oregon Business Development Corporation and Bend Chamber of Commerce.

Steve has lived in Central Oregon since 1985, and he specializes in assessing the needs of businesses and developing strategies to help them operate effectively and efficiently.

In his most recent position as Associate State Director for Oregon Small Business Development Center Network, he served as an operations specialist overseeing the network office staff and nineteen regionally located centers at seventeen community colleges and two universities.

“Hiring someone of Steve’s caliber, who brings with him such an in-depth knowledge of business development and an incredible rolodex of local connections, is a huge win for REDI and EDCO," said Jon Stark, EDCO’s Interim CEO.

"We look forward to leveraging his experience in strategic planning, leading and developing teams and projects, and managing resources to help take the position and organizations to the next level."

Disclaimer: The contents of this white paper/blog have been prepared for educational and information purposes only. The content does not provide legal advice or legal opinions on any specific matters. Transmission of this information is not intended to create, and receipt does not constitute, a lawyer-client relationship between BBSI, the author(s), or the publishers and you. You should not act or refrain from acting on any legal matter based on the content without seeking professional counsel.

BBSI is proud to announce it has been Certified™ by Great Place to Work® for the first time. The...